03 Dec Watch the Eagles vs Cowboys Live in Mayfair

Posted at 01:08h in Upcoming Events by Randi 0 Comments

On Sunday, December 9 the Mayfair Business Improvement District and Frankford and Cottman Avenues will be hosting the Sports 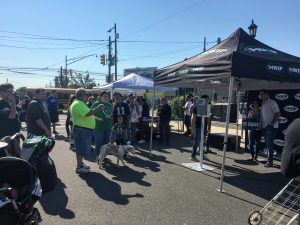 Radio 94WIP Go Birds Pre-Game Block Party and Eagles Game Watching Party. The day will start at 2:00PM with the live Podcast and Facebook Live Show of the Go Birds Pre-Game Show. The podcast will be featuring WIP host John Barchard and WIP host/Executive Producer of the Midday Show James Seltzer. Starting at 4:25PM there will be a Giant Screen TV playing the Eagles vs. Cowboys live, and patio heaters to keep fans warm. 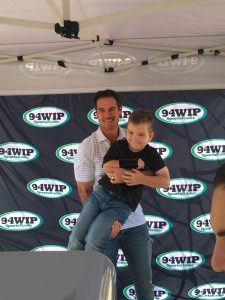 Visitors will be able to test their quarterback skills against Birds Alumnus, AJ Feeley at the inflatable Football Toss Challenge and get photos and autographs. For a small donation, people will be able to take their turn smashing a Dallas Cowboys car courtesy of Dunphy Ford. Also adding to the festivities will be local Northeast Philly food vendors selling their tailgate-friendly fare.Vendors such as Nick’s Roast Beef, Factory Donuts, Halal Guys and Marinucci’s Deli will be present. There will also be tailgate games such as Giant Jenga, Cornhole, Connect Four, and the WIP Spin Wheel of Prizes.

The Mayfair Business Improvement District and SportsRadio 94WIP have been holding the Go Birds pre-game events every away game. They saw this partnership as the perfect opportunity to celebrate the Birds and their first season as defending world champions. More than 30,000 people flocked to the intersection of Frankford and Cottman Avenues when the Birds won the championship. It is the ideal spot to host this Official Away Game Block Party. 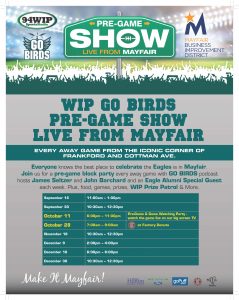