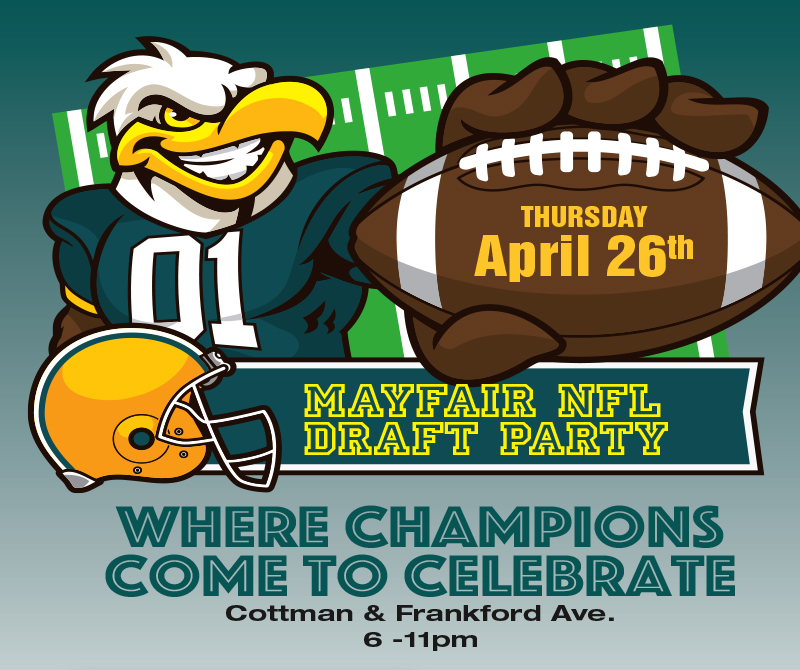 Posted at 21:53h in Upcoming Events by Randi 0 Comments

Come watch the NFL Draft with us – Mayfair, where it all happens at Cottman & Frankford! 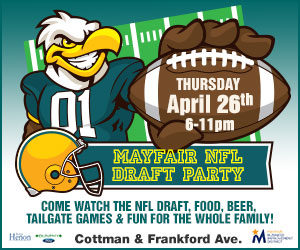 Party Doesn’t End Until the 2018 Champions Have Made the Final Pick of Round 1!