For the Record with Brian Westbrook Live from Mayfair Theater 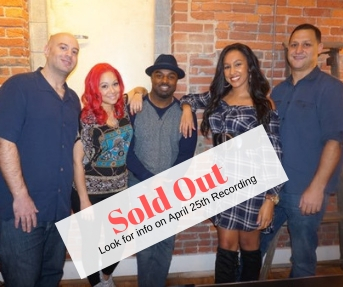 Recording Live from The Mayfair Theater

Join us for a live video recording of the growing podcast, FOR THE RECORD with Eagles Alumni, Brian Westbrook at the Mayfair Theater at 6243 Frankford Avenue, Philadelphia, PA 19135 on Wednesday, March 27th at 7:00 pm! RSVP for the event by emailing MARC@MAYFAIRBID.ORG  availability is limited and first come first serve.

Reserve your tickets for the live recording of the podcast FOR THE RECORD using the link below.

Tickets For the Record with Brian Westbrook

For the record with Brian Westbrook Podcast

Watch as Brian and his team of sports reporters, local radio personalities and friends talk about current events, music, sports and culture from a Philadelphia point of view. The audience of about 60 people will be invited to watch and ask questions live on air. The show includes Brian Westbrook, Eytan Shander, Krystle Rich, Roxy Romeo & Geoff Mosher.

Brian Collins Westbrook is a former American football running back who played 9 seasons in the National Football League (NFL). Drafted by the Philadelphia Eagles, he played in the third round of the 2002 NFL Draft. He was also playing college football for Villanova University. After his 8 year career with the Eagles, Westbrook signed with the San Francisco 49ers, for whom he played in 2010. During his time playing for the Eagles, he earned two Pro Bowl selections in 2004 and 2007,

Visit any of the participating restaurants & bars for fixed price menus, drink specials or dessert before you after the show. Check out the specials!